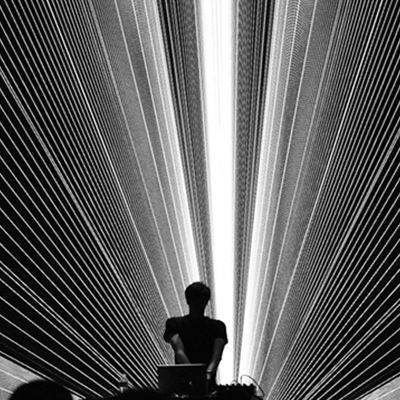 French producer Mondkopf, aka Paul Regimbeau, has always seemingly stood apart from the musical trends that surround him since his arrival in 2008 with The (Declaration of) Principles EP on the Fool House label

"Deep into the abyss with glowering sub-industrial noise and ominous atmospherics. It's like staring into a vat of molten lead in a post-Lenin, Soviet metalworks whilst rattling gunfire echoes in from afar" -
Is This Music

"Hades is a perfectly balanced, skilfully executed album which has something for everyone. Much like Jon Hopkins' impressive 'Immunity' album last year, Mondkopf's new album is an assured work by a musician at the height of his powers" -
Taramatu