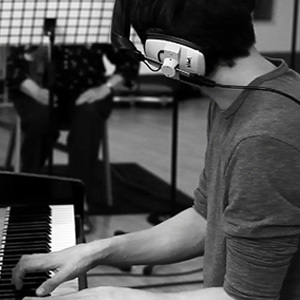 Tiny Leaves is the music of multi-instrumentalist Joel Nathaniel Pike. He has developed his sound as a solo artist alongside years of writing and performing in bands. He describes his music as being rooted in narrative, but is often surprised at the undefinable end result. His music has a delicate, cinematic quality that brings a quiet hope.

"His is a special talent that has been nurtured, nourished and then cultivated throughout the years; it's a natural talent that defies longevity, and one that proves elusive to the passage of time" -
Fluid Radio

"A Good Land, An Excellent Land," was released to critical acclaim in June 2013. The album evokes a journey, and is at times sensitive, delicate and intense. It is led mostly by piano, while strings and guitars weave in and out of the melody." -
Pledge Music